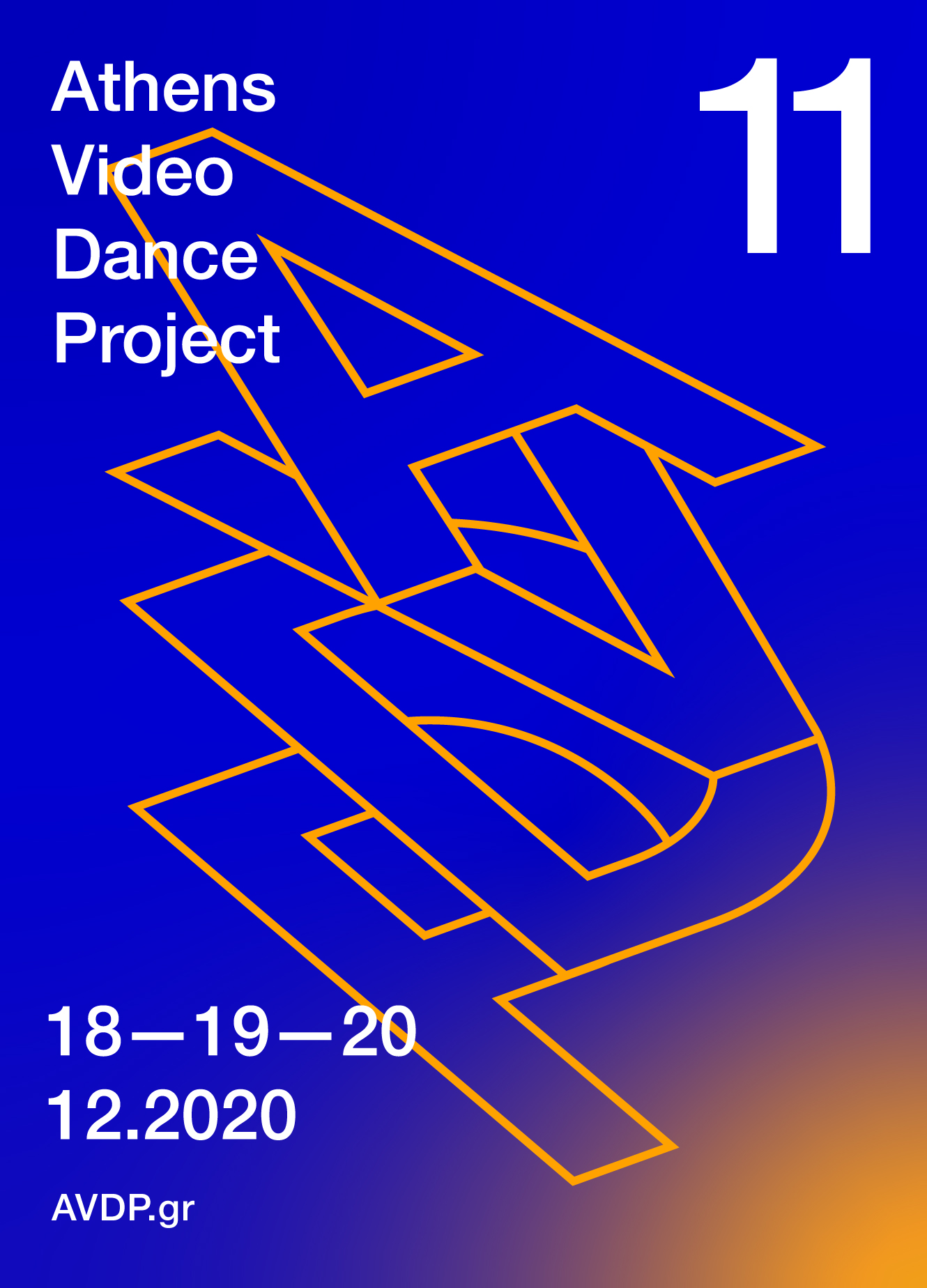 AVDP team is pleased to organize for the 11th consecutive year the International Dance Film Festival - ATHENS VIDEO DANCE PROJECT.
AVDP, the institution of videodance in Greece, is organized for the first time online. The Festival will be held on December 18-20, 2020, with free admission, at www.avdp.gr, highlighting for another year works by Greek and international artists from around the world.
As part of the 11th AVDP, 70 short, medium and long-length works from 20 countries will be screened, orchestrating a creative platform of innovative works and highlighting synergies between different art disciplines.
Now, more than ever, video contribution to the various art forms is crucial. The age we live in highlights and promotes modern technology as an expressive tool. New media provide new possibilities for artists, offering them an endless field of exploration and creation. AVDP, following closely these developments, gathers different art works of Greek and international artists with a common focus on video and presents them for three consecutive days.
The online screenings will be available at www.avdp.gr from December 18 (12:00 noon, EET) until December 20 (24:00 pm, EET) 2020.

Where: Online at Program

The program includes 7 modules. Starting with Inspiring section, works by Greek and international artists combine everyday life with the imagination creating a new reality. Then, 13 works in the Variety section suggest a different look and dare to experiment with movement and subject matter. As part of AVDP's international collaborations with videodance Festivals, films are presented from the POOL Internationales TanzFilmFestival Berlin, Lago Film Festival, L'Alternativa Festival de Cinema Independent de Barcelona, ​​Festival de Videodanza de Palma, Dance On Screen Filmfestival Graz, SZERPENTIN Dance Film Festival, Festival Quartiers Danses and CHOREOSCOPE - The International Dance Film Festival of Barcelona. The program continues with Greek Voices – dance films of short and medium length, by Greek directors and choreographers highlight the Greek artistic community of videodance, which is developing and evolving rapidly and experimenting more and more with the new media. The program also includes 6 works based on the Human Element and the documentary “Dance for it” in the Doc section - a social documentary about music and dance that presents portraits of people from different dance styles who did not hesitate to expand their expressive boundaries. An integral part of AVDP is AVDP edu with three films, featuring works by artists in the field of education.

Our field of activity involves educational and artistic programs, training courses and workshops, videodance screenings, videodance and performing art productions and collaborative, networking projects in a local and international level.